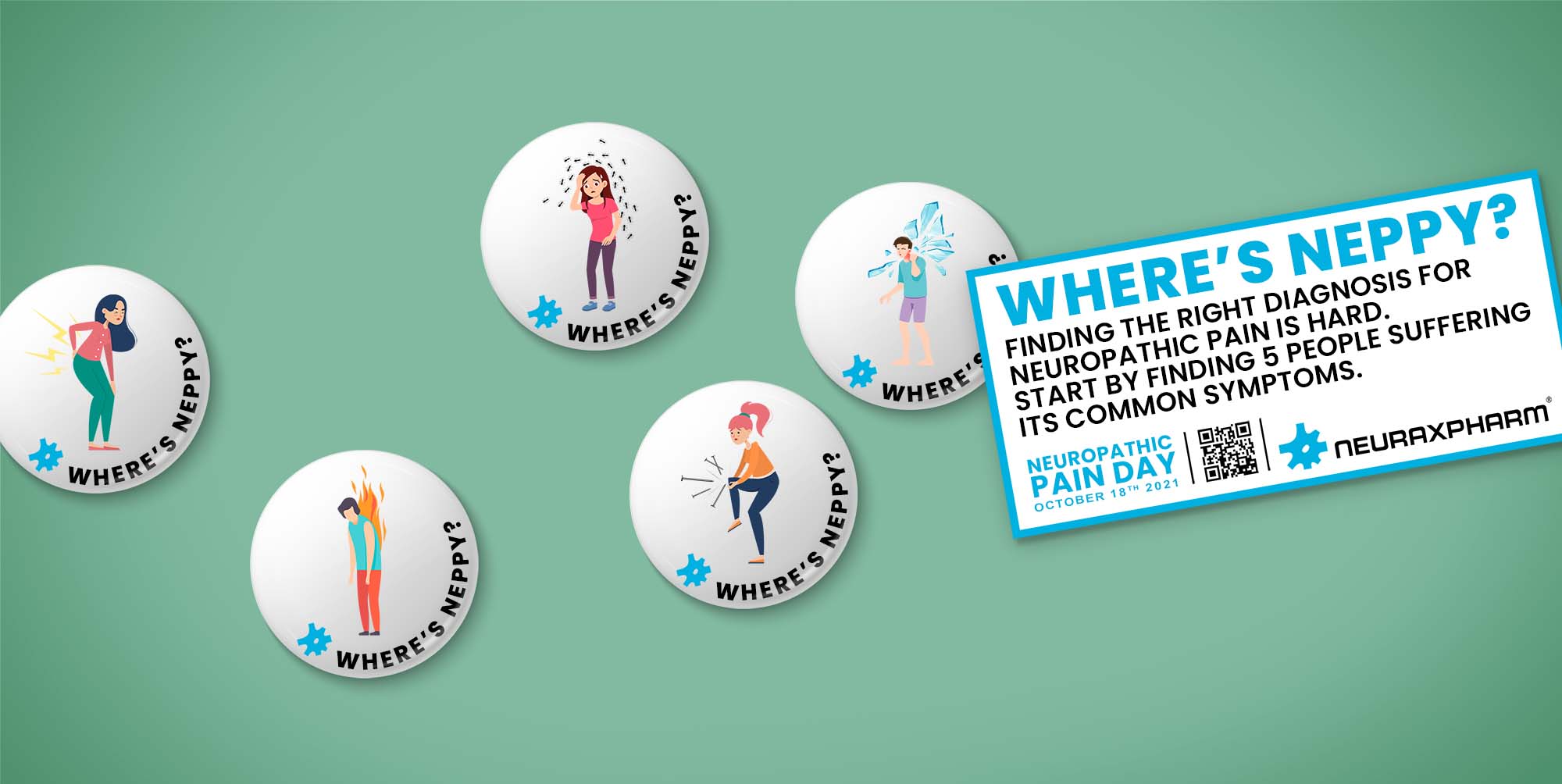 october 18th 2021 is neuropathic pain day. according to studies, neuropathic pain has a prevalence ranging between 3% and 17% among the general population. thus it is widely spread. however it is rarely in the spotlight. as leader in the cns field, neuraxpharm wanted to launch an initiative to create awareness and promote knowledge about the disease. 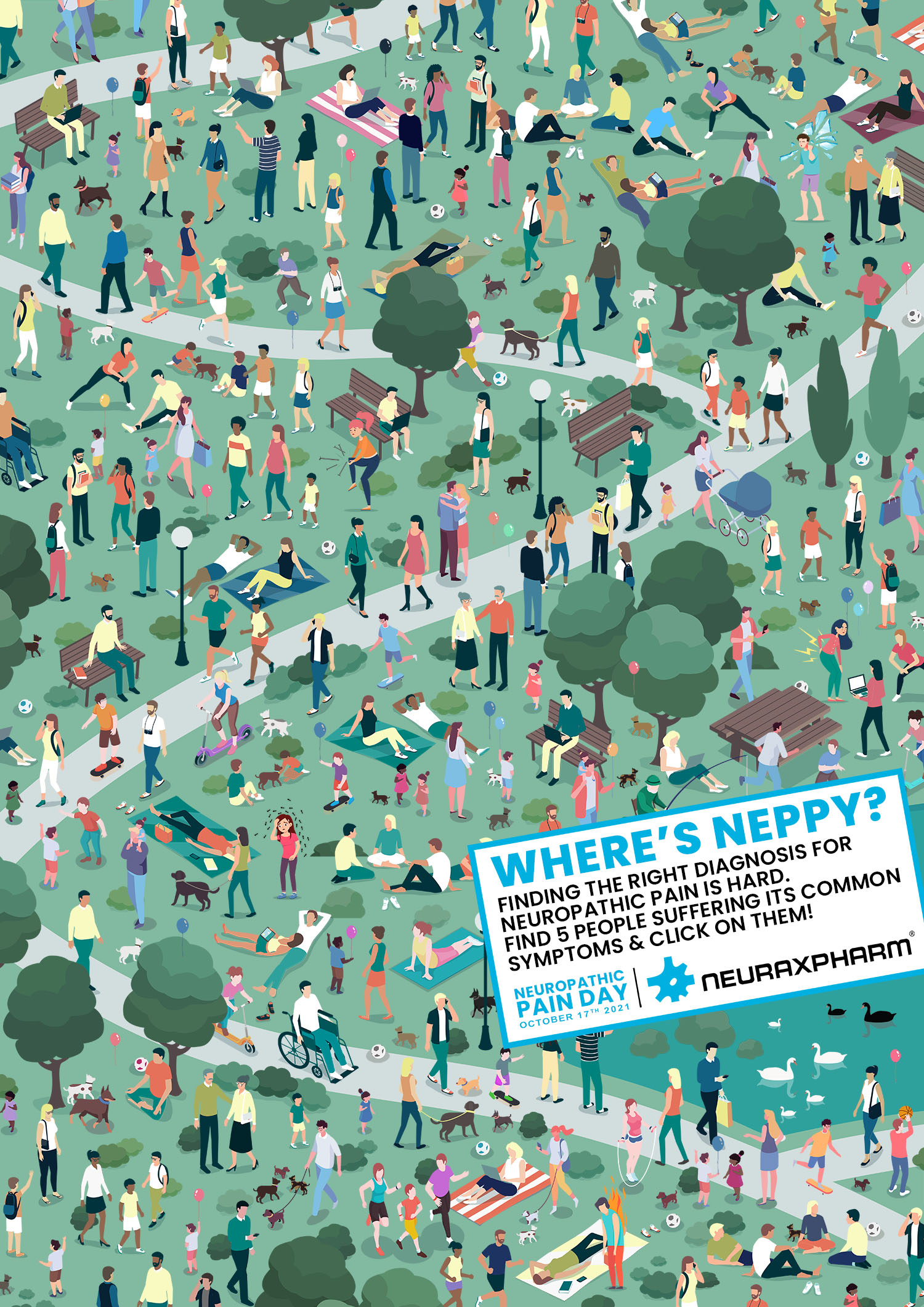 an interactive campaign to learn about neuropathic pain

unlike for other widely known cns diseases, it is extremely difficult to find the specific cause of neuropathic pain, as well as the right diagnosis and a truly effective treatment. this makes neuropathic pain a quite “invisible” disease.

based on this idea, we created “where’s neppy”: an interactive illustration in which people can find 5 hidden people suffering the most common symptoms of neuropathic pain. 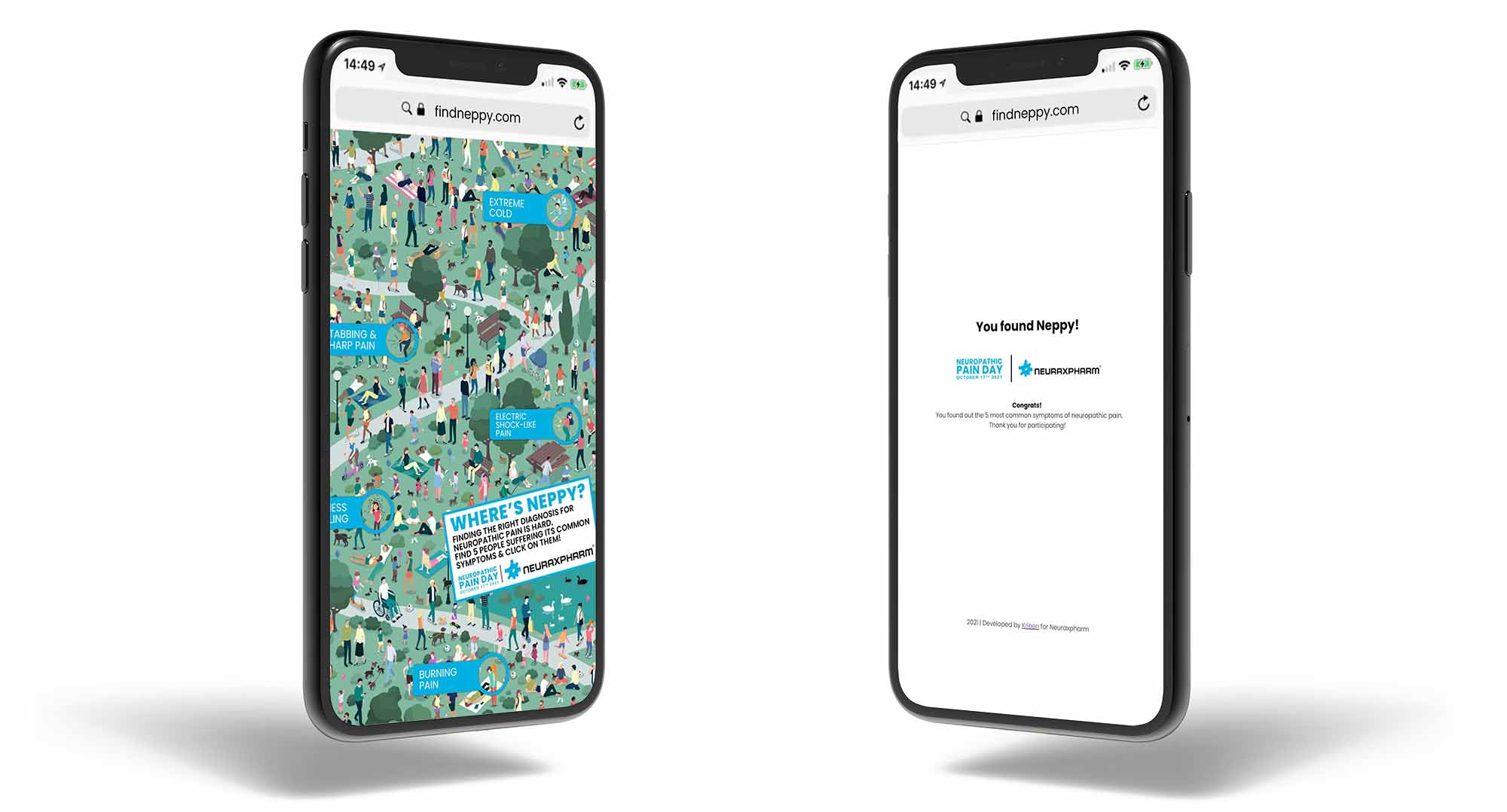